This week officially ended our summer. I start teaching again, Chris went back to work after 2 weeks of vacation, Nicholas will start preschool in 2 weeks, and Samantha...will continue being a toddler hanging out at home.

We ended our summer by enjoying the beautiful outdoors. We spent a week camping in Yosemite National Park, came home for 2 nights to shower, do laundry, grocery shop, and repack before we heading off to do some more camping at Leo Carrillo State Beach. They were 2 very different camping experiences. Yosemite is all about biking around the valley surrounded by awesome granite rock formations - El Capitan, Half Dome, Yosemite Falls. It's about bears and deer, and going swimming in frigid mountain river water. This is our second year and loved it as much as last summer. We went with 2 families who had never camped in Yosemite. The Barbaras stayed the week with us and the Steinbachs joined us for the last half of the week. Both families were "roughing it" compared to us, since we brought up a trailer camper and they were tenting...well the Barbaras put up a tent but only used it for storage. They slept in their van since they were a little apprehensive about the bears. And we did see bears! We had about 8 bear sightings...and that means bears walking through our campsite less than 10 yards from where we were sitting. 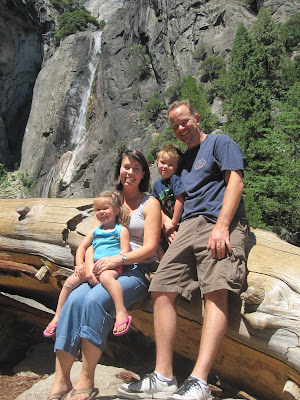 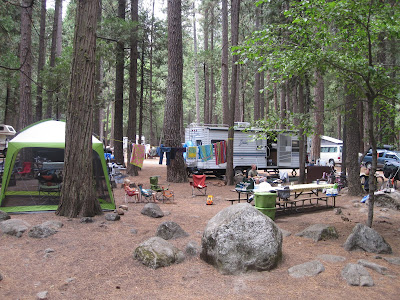 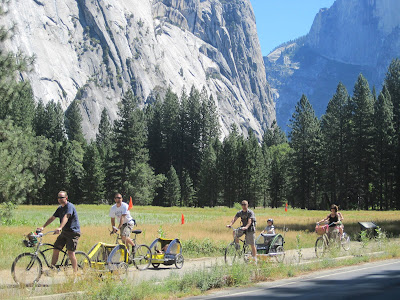 One of our daily rides through the valley. 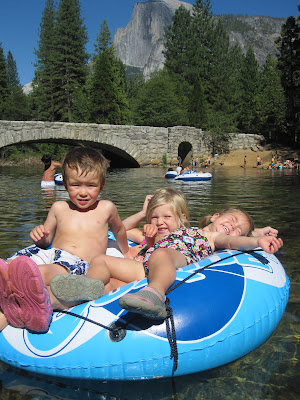 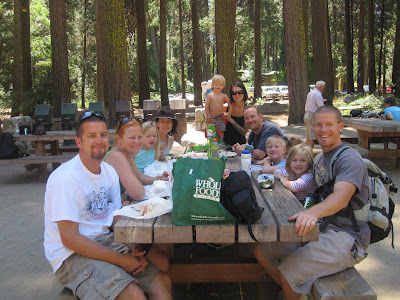 Here's the whole gang eating lunch before a short hike to Yosemite Falls.

Leo Carrillo was a little closer to home. I'm not sure if it was the fact that we had just spent the whole week before camping, that we were tent camping (no trailer), that we already live so close to the beach, or that the weather wasn't cooperating, but we ended up leaving a day early and spent the day swimming in the pool at Grammy and Pops house. It was a great trip none the less. We camped for 3 nights with Nicki, Adam, and Luke. We spent the day at the beach soaking up the sun, climbing rocks, and the guys even got in some surfing (well Chris paddled out and layed on his board for a while...) Nicholas' buddy Parker came with his mom and sisters to spend the day at the beach on Tuesday. They came back to camp with us for dinner before heading home in their pj's (a little dirtier that when they arrived). 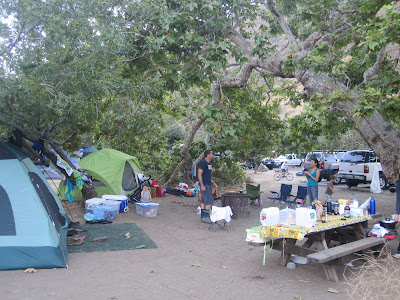 Our campsite was shaded by a beautiful huge tree. 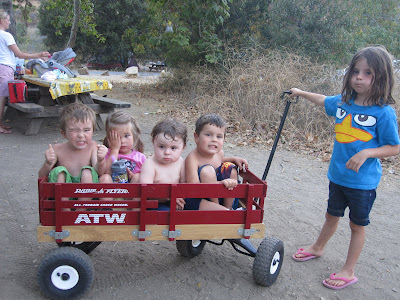 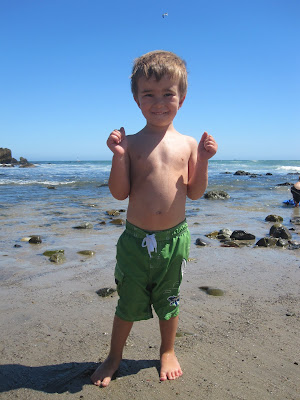 Nicholas woke up the second to last morning, rolled over, and asked Chris, "Are we leaving today?" Chris said, "No, not today." Nicholas smiled and contently went back to sleep. In Yosemite, when asked what his favorite part of camping was, he replied, "Sleeping in my sleeping bag."
Posted by Rebecca Chapman at 6:45 PM