We watched a fire exhibit put on by the Torrance Fire Department today. It was pretty cool to get to see the firemen in action up close. Nicholas' ticket was picked during the kids raffle and won a really cool firetruck toy! He was thrilled (no, the picture below is not the toy he won...ha, ha!) 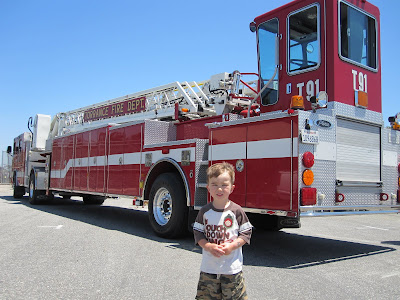 During the show they put out a car fire and rescued a "man" from the car with the jaws-of-life and the ambulance drove him away. 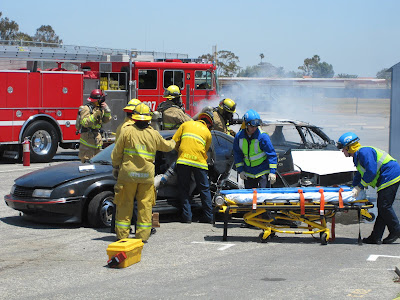 They also put out a house fire with the hoses. 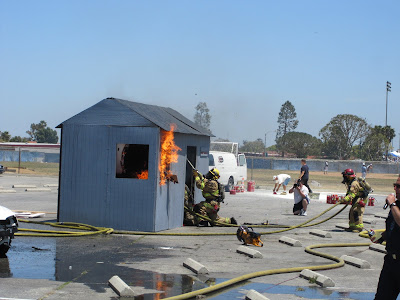 Both Nicholas and Samantha refused to meet the firemen after the show. Nicholas said he didn't want to meet them before we even got there. Samantha got close to one, but after further inspection she decided he was too scary with all that gear on. I keep reminding myself that fear of strangers is good, but they sure miss out on lots of cute photo ops.
Going back a few days...
Here are Nicholas and Samantha in the bath. Nicholas is trying out his new snorkel and goggles that he got for his birthday. 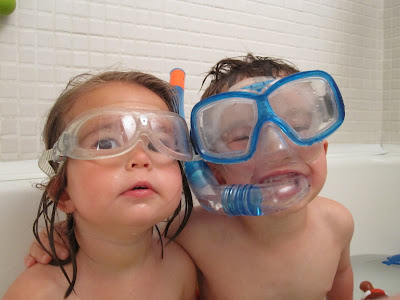 We also got a few more family pictures after the pirate party. 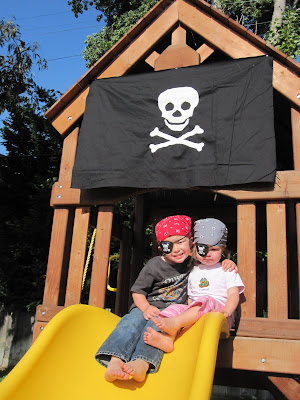 Making the most of the jumpy house before it got taken away... 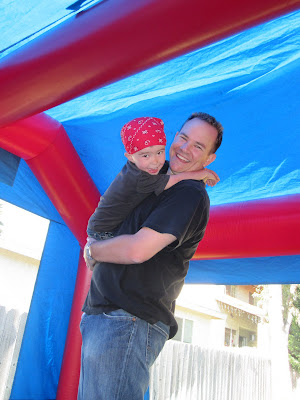 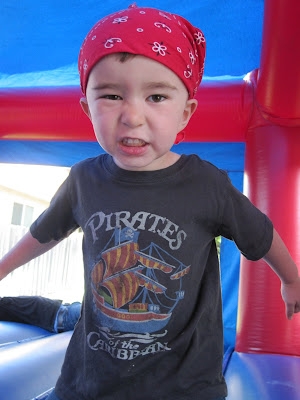 This is the best of about 10 attempts to get us all laying in the jumpy house! 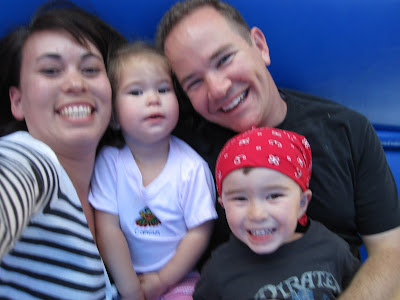 With the craziness of April birthdays behind us we are winding down the school year and getting ready for summer! Bye for now!
Posted by Rebecca Chapman at 8:46 PM