This morning we went to visit the Noah's Ark Exhibit at the Skirball Center. It was a great exhibit, beautifully and artistically created, and fun for both Nicholas and Samantha. I highly recommend it! The animals were made from a combination of found objects and carved wood. There were interactive features that made sounds and movements. 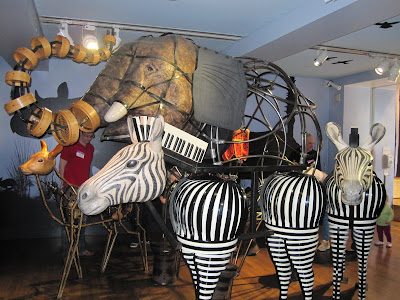 Here is the front of the ark. 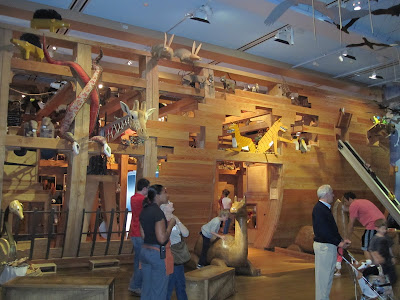 There was a cute conveyor belt that you could put pairs of animals into and wind the wheel to send them into the ark. They dropped back down into a basket to start over again. 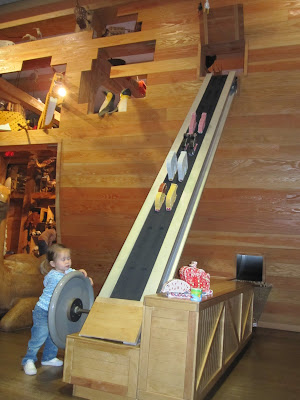 Here's Nicholas and Chris checking out a smaller scale version of the ark. It was like a doll house with miniature animals. It even had lights that worked on a hand crank. 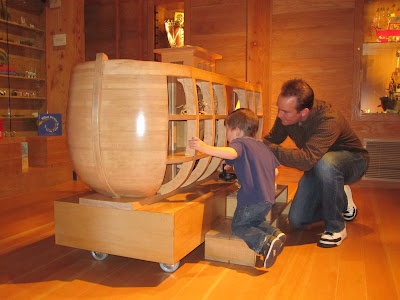 One of the rooms had a whole suspended netted climbing system. 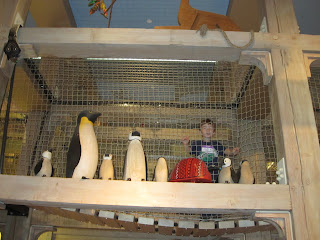 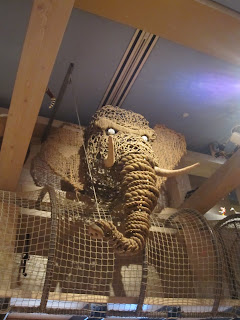 They had fake rubber animal poop (I guess there must have been a lot of poop on the ark with all those animals)! Samantha got right to work cleaning it up. Let's hope she doesn't get any ideas with Milka's poop at home now! 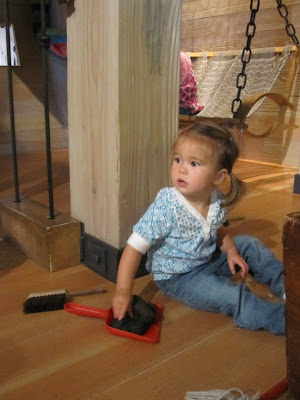 Here is one of my favorite animals. It was a push toy that was being pushed around by one of the people that worked there. Its head bobbed up and down as it went. I got a kick out of the red cowboy boot (no pun intended!) 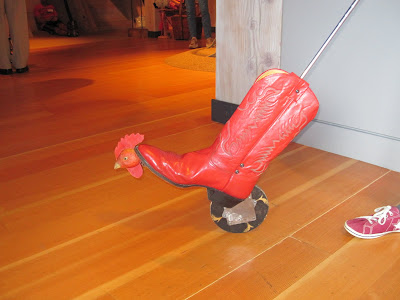 Here was the end of the exhibit, the other side of the ark. 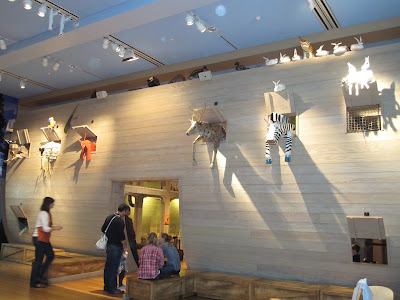 Thanks Auntie Lisa for the fabulous idea and including us on such a fun outing!
Posted by Rebecca Chapman at 2:32 PM