So after talking about being on an imaginary soccer team most of last year, we finally took the cue that Nicholas wanted to play soccer. So for Christmas Grammy and Pops payed for Nicholas to play in the Soccer For Tots program. He finally had his first session on Friday. We went early, picked up his uniform, and got him dressed in his new shin guards and socks. For about 2 minutes Nicholas starting getting cold feet and didn't want to play, but after watching all the other kids run out on the field he decided he didn't want to miss out and joined in. Coach Clive was great with them. Nicholas had a blast and asked at least 10 times on the way home when he was going back. 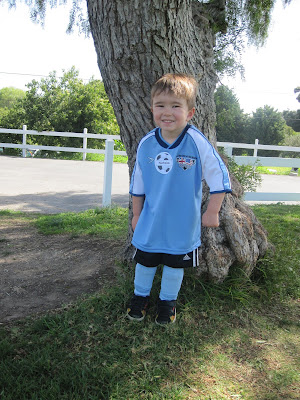 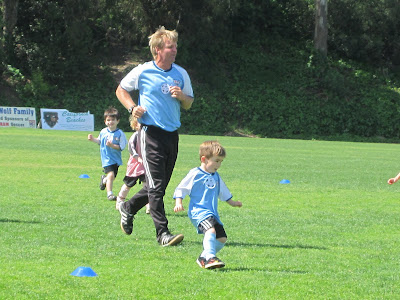 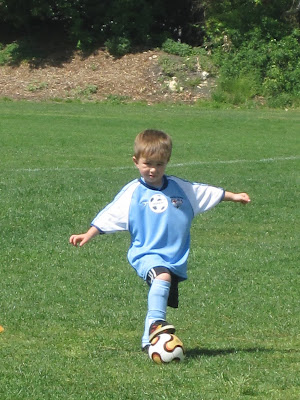 Posted by Rebecca Chapman at 11:09 AM